Affective machines. On the relationship between affect and media technologies in digital capitalism

Affects are increasingly operationalized, machined and used in the media dispositif of sensory networking. On the one hand, this can be observed under the heading of “affective computing” in the field of assistive technologies and social robotics, where the automated recognition, processing and simulation of affective impulses is seen as a guarantee for a “more humane” technology. On the other hand, this role of affects is also shown more comprehensively in social media and digital platforms, where the data-based recording of user movements not only indicates affective dynamics, but also enables commercial and political exploitation. The dissertation project “Affect Machines. On the relationship between affect and media technologies in digital capitalism ”takes a look at how the role of affect as a political force shifts with this development. Subsequent questions about becoming subject and collective, about new forms of knowledge and the ability to know with and through technology, as well as transformations of care work, privacy and the public are taken up and comprehensively dealt with in a critique of digital governmentality.

Anja Breljak studied philosophy and economics in Berlin, Paris and Sarajevo. She then worked as a research assistant at the Open Topic Professorship for Legal and Constitutional Theory at TU Dresden, and looked around computer science while studying part-time. She works between the disciplines, organizes and moderates events in the field of political economy, performative philosophy and digital society. Her research interests include body and media history, affect and power theories, post-structuralism and performative art & criticism. 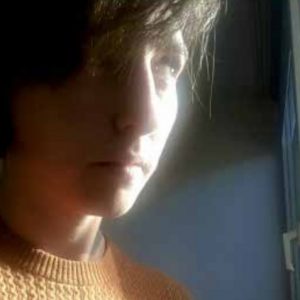