Ground Indeterminacies. The current revitalization of ontology and the question of alterity

A decisive feature of the current renegotiation of ontology lies in its engagement with the idea of indeterminacy. Especially with neo-materialist inflections of the humanities and a rehabilitated orientation towards scientific insights, indeterminacy as a signature for unassailable openness and changeability is increasingly placed in the nature of reality as such. A structural incompleteness of things and bodies is thus affirmed, frequently, e.g., in Karen Barad’s quantum addressing of “nothingness”, via an emphasis on the generativity and potentiality of matter itself. The result is a posthumanist ungrounding that even provides a different groundwork for the social-theoretical thesis of contingency. The critical stake of this positioning of indeterminacy lies in its translation of theoretical considerations on alterity. The claim of an incommensurable, unfathomable, even indefinite ‘other’ is met with the assumption of cross-species potentials of becoming: with an uncontrollable “more” inscribed in the constitution of all beings beyond their concrete appearance. Thus, the current ontologisation of indeterminacy is crucial for the notion of an open, more-than-human relationality, for the revitalized idea of preconscious intimacy and sociality, and the creation of sense and sensuality beyond a self-assured anthropos. It hence comes with ethical and political implications to be scrutinized – especially in its positioning as an adequate response to current crisis situations and a technologically traversed state of existence, world and nature.

Accordingly, the project will explore the potential of indeterminacy along the lines of humanities, social sciences, media studies as well as biological and quantum-theoretical debates. In the sense of strategic realism, I will question stated forms and modalities, locations and scales of indeterminacy in terms of their critical thrust, not least in light of refined (bio-)political addressings of the living. The aim is to outline a thinking of indeterminacy that can encounter the claim of alterity vis-à-vis techno-scientifically transformed self- and world-relations.

Christian Schwinghammer studied political science with a focus on political theory at the Free University of Berlin. In his thesis he dealt with the subject of ‘ontological politics’ with reference to the philosophies of difference of the 20th century, post-fundamentalist perspectives and theories of New Materialism. Since autumn 2018 he has been a doctoral student at the research college SENSING: The Knowledge of Sensitive Media at the Brandenburg Center for Media Studies (ZeM). His research interests include current renegotiations of ontology and metaphysics, post-structuralism, philosophies of alterity and difference of the 20th century, theories of body and affect, philosophy of technology and media aesthetics. 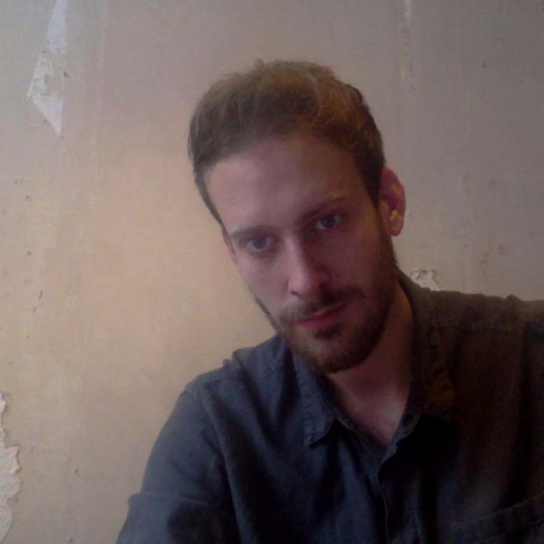