Anna Katharina Heizmann, born 1990 in Konstanz, studied Film Cultural Heritage at the Film University Babelsberg KONRAD WOLF and Film Studies, Philosophy and Art History at the Freie Universität Berlin. As a student assistant, she participated in various research projects, including the Cluster of Excellence Languages of Emotion, the collaborative research group Cinepoetics – Poetologies of Audiovisual Images, and the DFG-funded project Regional Film Culture in Brandenburg.

Furthermore, she worked in cultural management as well as in curating film and film history in the past years, among others as event coordinator of the international conference series Zugang gestalten! More Responsibility for Cultural Heritage, as editor and coordinator of the film festival moving history – Festival of Historical Film Potsdam, as a staff member for the exhibition Kino der Moderne – Film in der Weimarer Republik of the Deutsche Kinemathek, and as curator of the three-channel media installation Berlin Sinfonien, which was exhibited at the Rotes Rathaus on the occasion of the anniversary of 100 years of Greater Berlin.

In her master’s thesis she dealt with the Period Room and its potential for the Film Museum. Since December 2021, she has been working as an Academic Assistant for the Master’s program in Film Heritage at the Film University.

You can visit personal page of Anna Katharina Heizmann on the website of Film University Babelsberg KONRAD WOLF here (in German). 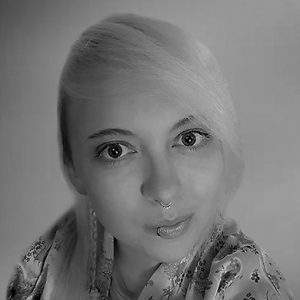