His research focuses on the changing nature of the film industry. It provides a spotlight on film distribution and film exhibition as rapidly developing research areas in the context of the digital revolution. He is particularly interested in the role of gatekeepers who exert control over the process of enabling and disabling access to films in international markets.

His research project ‘Online Platforms and Film Circulation’ draws on in-depth analysis of online platforms, expert interviews and audience research. The project examines how VOD platforms engage with and support non-mainstream, specialised films to exploit their potential in the online market.

Roderik Smits completed his PhD in Film Studies at the University of York (2014-2018) and subsequently worked as post-doctoral researcher at Cardiff University (2019). He was awarded a Postdoctoral Research Fellowship by Postdoc Network Brandenburg in 2020. 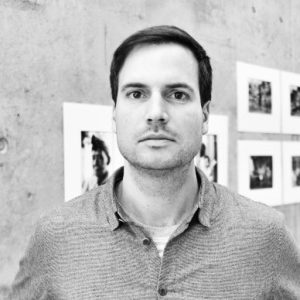