Pascal Rudolph, born 1989 in Berlin, is a musicologist at the University of Potsdam, where he received his PhD in 2021. He studied in Berlin, Potsdam, and Shanghai and was a visiting scholar at the University of Copenhagen and the Danish Film Institute. He has been awarded several fellowships and his research has been published in internationally renowned journals. In 2019 he won the scientific competition of the Society for Music Theory with a co-authored paper. In 2022, he became co-editor of the Kieler Beiträge zur Filmmusikforschung.

You can visit personal page of Pascal Rudolph the website of University Potsdam here (in German). 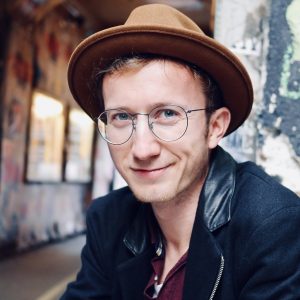