The development of my research interests began with audiovisual translation (subtitles, dubbing) and the related experiments in the early sound film era. This resulted in my first DFG research project on language version films and Ufa’s international strategy 1929-1939. At the same time, I began to deal with the stylistic devices “multiple exposure” and “slow motion”, which led to another DFG project and a DFG network “film style”, and published books on three German directors who had been neglected in terms of film history ( Kurt Hoffmann, Werner Herzog, Dominik Graf) The research on language version films resulted in a focus on film archiving and film heritage, which resulted in a corresponding Heisenberg professorship and a DFG project on film culture in Brandenburg (student films from the HFF Konrad Wolf as well as GDR amateur film). Subsequently, so-called historical films, i.e. films that deal with historical topics, moved into my focus as well as the connections between the audiovisual heritage and the social culture of remembrance.

A corresponding publication is in progress, as is a short story of the Films in the FRG and a critical re-edition of the one published in the GDR nen German translation of Jay Leydas Films beget Films. My DFG long-term project “Images that have consequences – an archeology of iconic film material from the Nazi era” has been running since May 2021, which I am working on together with the Hebrew University Jerusalem (Dr. Tobias Ebbrecht-Hartmann) and in which I am currently involved deal with the history of materials and uses of Riefenstahl’s Triumph of Will.

Chris Wahl, born 1974 in Stuttgart-Bad Cannstatt, studied theater, film and television studies, Romance studies and German as a foreign language in Bochum, Lisbon and Curitiba (Brazil). Since 2013 he has been Professor of Audiovisual Cultural Heritage at the Film University Babelsberg KONRAD WOLF. There he heads the master’s degree in “Film Heritage” and the “Digital Archives” training format (summer school), is jointly responsible for the digitization of the university’s own film heritage and publishes the “Film Erbe” series at the publishing house text + kritik (Munich) He is also co-founder and co-curator of the film festival moving history and on the board of the UNESCO Creative City of Film Potsdam (chairman of the jury for the “Boulevard des Films”). Previously, he was a member of the specialist committee “Cultural Heritage” in German Culture Council as well as the Advisory Board “Film, Television, Radio” at the Goethe-Institut.

You can visit personal page of Prof. Dr. Chris Wahl on the website of the Film University Babelsberg KONRAD WOLF. 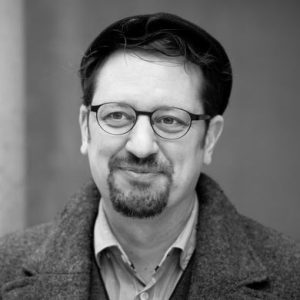