Torsten Schöbel, M.A. / Art in Context, has been a lecturer for special tasks for basic digital media in the course of studies European Media Studies, a cooperative course of studies of the University of Potsdam and the University of Applied Sciences Potsdam, since 2008. From 2003 to 2008, he was an artistic assistant in the Department of Sculptural Arts and in the Department of Visual Arts at the Technical University of Berlin in the Architecture program. From 2001 to 2012 he was a lecturer at the Institute for Art in Context at the Berlin University of the Arts, and in 2007 and 2009 he was a visiting professor for New Media at the Berlin University of the Arts in the Chinese-German Master’s program in Fine Arts at the China Academy of Art in Hangzhou, in China. Torsten Schöbel studied art at the Kunstuniversität Linz, the Accademia di Belle Arti Bologna and at the Universität der Künste Berlin. Prior to his university studies, he trained as a stone sculptor. He was awarded the State Teaching Award for Excellence in Teaching in 2020. 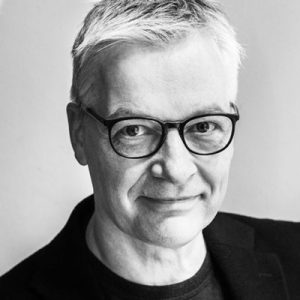