The increased use of sensors gives digital technology an automated environmental sensitivity and thus enables new forms of human-computer relations that challenge the concept of (user) interface. The widespread, but narrow notion of the interface as solely graphical user interfaces and the idea of active, consciously acting users in command-feedback loops is being interrupted by diverse interfacing constellations in which participation and agency are distributed more diffusely. For example, facial recognition in surveillance systems also engages with those who are not aware of this temporary relationship with cameras, algorithms, networks, with local police authorities and the political will to control specific areas. The term interface as a mere description of technological processes seems in this case insufficient, especially for political and ethical follow-up debates, e.g. questions about justification of and belief in technologies. This dissertation project therefore understands interfacing as the technical and discursive structuring of (temporary) relations of sensitive digital technology and its environment under the influence of (hi)stories and myths, imagination and intentions – of narratives.

The research project investigates the potential of the term interface for media studies and its premises to adequately grasp sensor-based interfacing processes. Using historical scenes from physics, architecture and cybernetics, the project aims to develop attributes of interfacing that dissociates from the rigid concept of superficial, visual user interfaces.

Taking voice control and facial recognition as examples, the project contemplates interfacing as and through discursive practices and sociotechnical imaginaries. With approaches from narratology, storied matter, cybernetics and philosophical theories of narrative identity, the project aims to develop the concept of interfacing narratives. Interfacing narratives – e.g. as narratives about how a technology functions, what it can be used for, who participates and what it makes accessible – pervade the development, reception und use, the politics and ethics of sensor-based interfacing.

Daniel Stoecker studied media studies and cultural studies at the Heinrich Heine University in Düsseldorf and Humboldt University in Berlin with research projects on the technicality of the human voice, forms and functions of scientific visualisations in astronomy and a master’s thesis on digital user interfaces as “techniques of concealment” supervised by Jan Claas van Treeck and Wolfgang Ernst. Since 2018, he has been a PhD student at the Research Group SENSING: The Knowledge of Sensitive Media at Brandenburg Centre for Media Studies (ZeM) with a research project about human-computer relations and narratives of interfacing in times of sensor-based media technology. 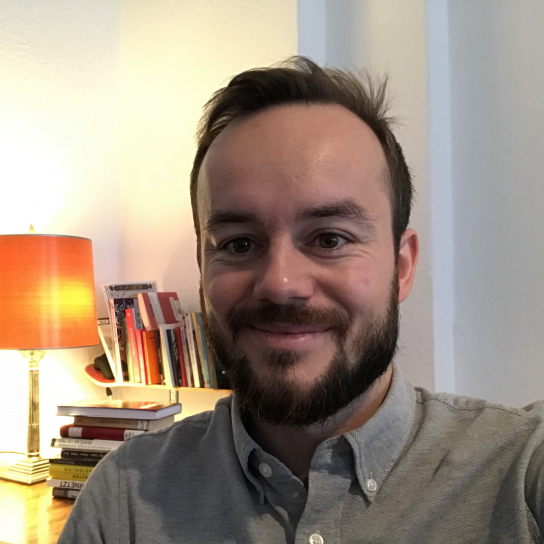