Media technology, affect and neuroscientific reformulations of desire, sexuality, and the body, gender

Nonconscious. On the Affective Synching of Mind and Machine, meson press 2022.

She studied art history, Romance studies, philosophy and communication sciences in Vienna and taught for many years at the universities of Salzburg and Vienna. Doctorate in 1983 with a dissertation on language, philosophy and psychoanalysis: “Life is wonderful! Language liberation through its standardization”.

She received a postdoctoral fellowship (APART) from the Austrian Academy of Sciences from 1994-1998, which enabled her to conduct research in the USA (San Diego and Santa Cruz), Australia (Sydney) and Canada (Ottawa). Her habilitation was in 1996 on the topic of “Media Bodies. Production and Representation of Gender Identities” at the University of Salzburg. She has taught as a guest lecturer at the Central European University in Budapest, at the Berlin University of the Arts, and in Ljubljana and Zurich. 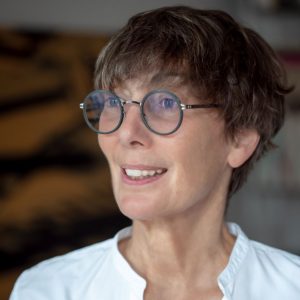