Affective shaping of perception through moving images, temporality and media aesthetics, constitution of meaning and experience in audiovisual communication, language and audiovisuality, methods of film and media analysis.

The research focus has developed out of my dissertation project, in which she investigated the relationship between temporality and affective shaping of perception as ‘Tempi of Movement- Modes of Feeling’ in Screwball Comedies of the 1930s and 1940s. According to the basic understanding, it is not the narrative actions that first and foremost determine the feelings of viewers, but the audiovisual staging and temporality of cinematic images that clock perception and affectivity and make an understanding of characters and narration in film viewing and listening possible in the first place. In a project on multimodality and metaphoricity, together with colleagues from film and linguistics, she investigated the question of how the constitution of meaning is connected to embodied affect in audiovisual communication. With the concept of cinematic metaphor (and an analytical approach), she looked at feature films, as well as at documentary formats, and at a phenomenal area that is located at the interface between affectation and the creation of meaning, between concrete image areas and verbalisations, but also the non-conceptual, the abstract, between individual sensation and shared, mediatised concepts of the world.

She is currently working on the connection between language and audio-vision in verbocentric (language-heavy) documentary formats and on methods of film and media analysis.

Sarah Greifenstein was a lecturer and researcher at the Seminar for Film Studies at the Free University of Berlin from 2008 to 2014 and was involved in the project “Multimodal Metaphorics and Expressive Movement” at the interdisciplinary cluster Languages of Emotion (FU Berlin). She has been Junior Professor for Media, Culture and Communication at the European University Viadrina in Frankfurt (Oder) since 2016. Here she works as a film and media scholar at the intersection of linguistics, teaches in the Bachelor of Cultural Studies and the Master of Language-Media-Society. She has been on the board of directors of the ZeM since 2020.

You can visit personal page of Prof. Dr. Sarah Greifenstein on the website of European University Viadrina here (in German). 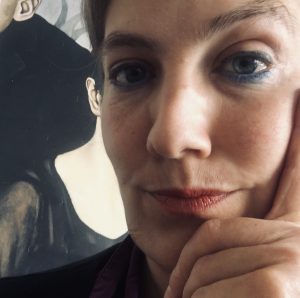