Radio – a cultural media history
My dissertation is intended to provide a new perspective for German broadcasting history, by virtue of deep excavations of its pre-history. The “cultural media history of radio” investigates the question of what it means in concrete terms that radio in Germany officially developed under the heading of “broadcasting”. The difference between broadcasting and radio is, according to my thesis, by no means a banal one and contains more than the indication of (electrical) sparks as a means of creating electromagnetic waves, as opposed to “rays”. As I reveal the relationships between technical and terminological usage, it becomes possible to see specifics of the medium differently, in its historical and territorial contexts. The investigation takes the form of case studies, which extend from the semantic and technical elaboration of electrical transmission in the 18th century up to the establishment of the term “broadcast” and the associated institutionalisation of radio in Germany by Hans Bredow between the years 1919 and 1923.
It should be noted at the present time that, due to the transformation of technical configuration, the area of terminology surrounding broadcasting and receiving is in massive flux. For many, even those within the broadcasting facilities themselves, there is scarcely a doubt that broadcasting as a media-political idea seems somewhat antiquated. Simultaneously, however, the field is experiencing an unexpected resurgence, not only in terms of the ironic use made of the syllable “Funk” (from “Rundfunk” – broadcast) by net-activists by way of self-legitimisation. The ARD and ZDF stations have recently begun officially to market themselves under the FUNK brand on their newest online platforms, aimed at the youngest of their target demographics. Though the changes in the means of broadcasting and receiving have made the term technically obsolete, its metaphorical potential seems unbroken. The dissertation views broadcasting and its related terminology as an object of cultural media history, in which there is a correlation in technical and linguistic usage. This will also expand the view into current contexts.

Kai Knörr, born in 1978, studied history, politics and media science at the University of Potsdam and FU Berlin. Master’s thesis on the feature films of the writer Wolf Schmidt (1913-1977), who as an auteur filmmaker in the mid-1950s provided an early example of cross-media production in the transition from radio, film and television. 2010-2014 research on the history of serial entertainment on ARD, since winter semester 2009/10 lectures in the course European Media Studies with a focus on broadcasting history, sound and new German film. Since 2014 research on the dissertation project in the department of media culture history at the University of Potsdam. 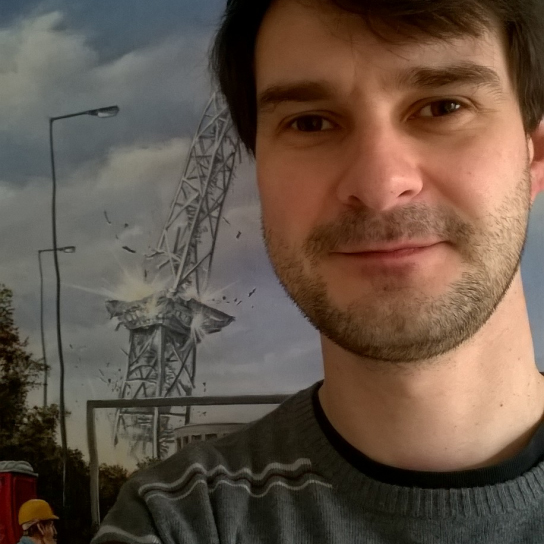